As a barista I got sick of making a mess at home with a single group espresso machine in front of my partner. They had no idea how to use it so the chances of me getting a coffee made for me were nil. So we decided to buy the famous ALDI Expressi machine. 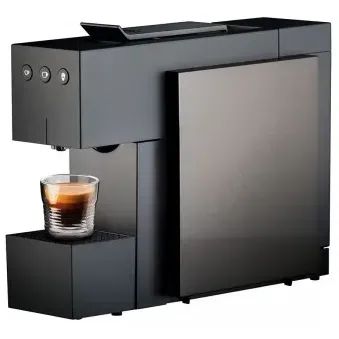 There is no aluminium used in the capsules at all as compared to other brand's. The grind has never been off, it's always consistent, you can stop the machine when it's blonding the coffee too much and that's a plus for me. Others aren't aware so much of the horrible blonding effect after taste but I've never had that issue as a Barista.

Water tank is easy to access and refill unlike other machines I've experienced, and doesn't leak while out of the unit.

No need to scrub stained steel parts to maintain its look. Maintains its look as if brand new, no worries about scratches or stains.

The manual had a terrible introduction, with very little emphasis on the importance of descaling the colonies of harmful bacteria out of the machine. I mean you can appreciate the completeness of the ALDI chainsaw manual and there's even a quick start guide but when it comes to a coffee machine you need some pizzazz. Coffee machines DO colonise bacteria and will create their own communities, and do need to be cleaned, and is also cheap and easy to do. It's also important to use the rinse function before and after brewing after evacuating the pod before leaving the machine to rest. Less nutrient for bacteria to feed on gives you jittery creating coffee.

Get creative with your machine and get some auto wrap sent to you from online and customise your machine to suit your kitchen.

It's also be super super cool if you could get an inverter using Xfinity batteries powerful enough to power this coffee machine to take camping. You would need the inverter design to be able to take about 3 or 4, 4ah Xfinity batteries that will be used together in series to produce from 63-84V DC that steps up to 120-240V and you could easily do about 10-15 amps.

EDIT: ALDI just bought back in stock my beloved organic pods which are bloody fantastic compared to our usual #6 that we get. I wonder if they're grown in the same country. I'd suggest you stock up on these in your area as they weren't stocked for ages due to limited bean supply. It's by far the best coffee they have. It's like the coffee i used to make at work from PNG.

I also had experience with another machine, the Wave: 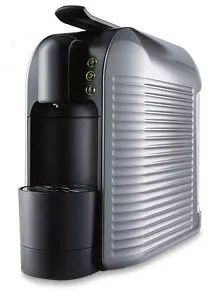 I had a problem with this model machine and had to take it back and lost the receipt but ALDI has such great customer service now that it wasn't a problem.

The checkout process has improved, today we were asked how we were which was unusual for ALDI in the past but much welcomed, queues aren't as long as they used to be as they always now open up a second lane when they see how much shopping we carry. We rarely shop anywhere else now unless were feeling generous to spend much more money elsewhere for lesser quality items. They don't seem to sell organic flour at the moment which we use to make pizza bases and handmade Chinese noodles. We've found that making these ourselves is a big save to our budget and our health, all of the other ingredients for these we get from ALDI. They were also the first not to use single use shopping bags. Also never had a bad vegetable, salad bag or avocado from you unlike Woolworth's and Coles where they offer consistent disappointment in that regard. ALDI is the best ever, so thank you :) and thanks for bringing the organic coffee back. It's so good I'll be sure to be drinking extra during the week. It has a cleaner taste, you don't feel jittery afterwards and you feel like another one almost just after you've had it.

ieatwords.com.au has affiliate partnerships. These do not influence our content moderation policies in any way, though ieatwords.com.au may earn commissions for products/services purchased via affiliate links.